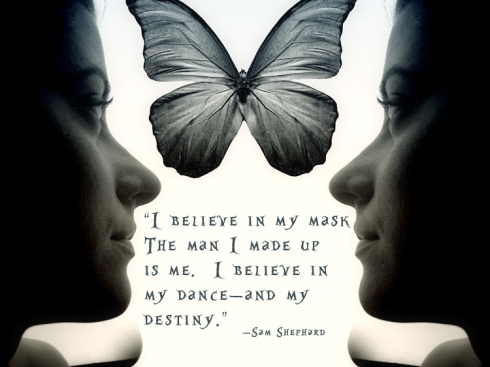 I don’t know how many times I have heard someone say, “Just follow your heart,” as if our hearts never lead us astray. Oh, I understand what they’re trying to say, but I have witnessed so much drama and devastation by people who have taken that advice and followed their hearts with wild abandon. Yeah, go ahead and follow your heart, but don’t neglect wisdom.

“He that trusteth in his own heart is a fool: but whoso walketh wisely, he shall be delivered.” —Proverbs 28:26

“The first principle is that you must not fool yourself, and you’re the easiest person to fool.” —Richard Feynman, American physicist

“I try not to kid myself. You know, I don’t mind romancing someone else, but to fool yourself is pretty devastating and dangerous.” —Bill Veeck, baseball team owner

How do we know when we’re fooling ourselves?

One indication that we are fooling ourselves is when two or more people risk losing our friendship by being brutally honest with us about something and we reject it, because it’s not what we want to hear or believe. Even if other people say the opposite about us, we would do well to consider if the assessment has at least some validity.

“To be human is to err, but it is truly the fool who perseveres in error.” —Latin proverb

Another indication is when we blame others for a lack of success instead of considering if we might possibly be to blame or at least share a part in it.

“Those who see the faults of others, but not their own, are wise for others and fools for themselves.” —Latin proverb

“A fool finds no pleasure in understanding but delights in airing his own opinions.” —Italian proverb

Yet another indication that we might be fooling ourselves is when we think more highly of ourselves than we ought. A common thing said by some Christians when facing adversity or resistance is to proclaim it’s because they are doing God’s will and are, therefore, under spiritual attack.  Sure, it could be a spiritual attack if the spiritual realm is really threatened by us, but it could also be our own self-importance and folly that is causing the adversity and resistance.

“God and man think him a fool who brags of his own great wisdom.” —French proverb

And lastly, another indication that we might be fooling ourselves is when we cause drama, because we feel the need to be heard and vindicated. It is one thing to vent to one or two close friends privately. It is another thing to broadcast our perceived wounds and injustices to the masses, unless, of course, broadcasting a true injustice would actually benefit the masses.

“A fool carves a piece of his heart to everyone that sits near him.” —Italian proverb

“A fool is like the big drum that beats fast but does not realize its hollowness.” —Malay proverb